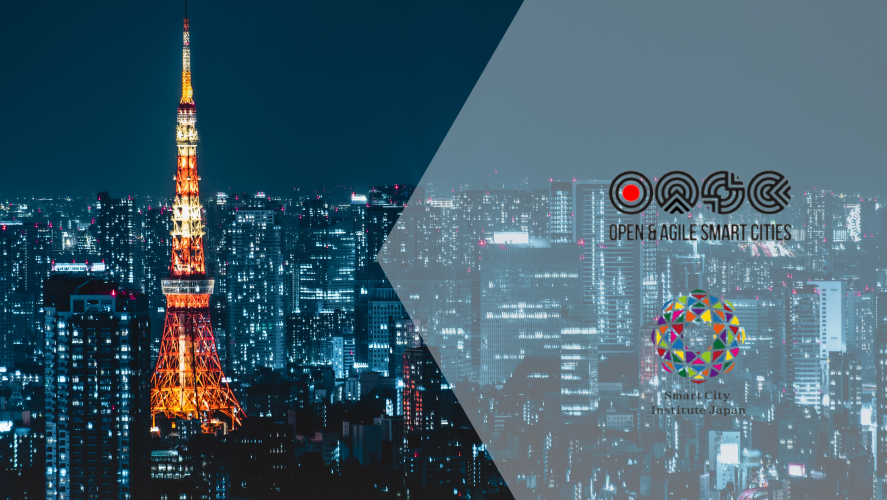 Japan – A New Challenger in the Smart City Industry

Smart City Institute Japan (SCI-Japan) is a non-profit organization that was founded about two years ago by Mitsubishi UFJ Research & Consulting, a think tank, and Nikkei, a newspaper company. During these two years, SCI-Japan has expanded rapidly, which goes to show that there is a high demand for smart cities in Japan. Currently, the institute has a little over 490 members and it is expected to reach 500 members this year. Members of the institute are from various organizations, such as national government ministries, corporations, universities and non-profit organizations. The institute was founded to promote the smart city activities across both public and private organizations and people. The institute is used as a platform for organizations and people to discuss all things related to smart cities and to share best practices.

SCI-Japan aims to collect, analyze and share the latest information on the world’s leading smart cities and know-how for promotion; discuss, propose and advise for promoting smart cities in Japan; and promote exchanges and networking between various entities related to smart cities. Their major activities include information sharing and awareness-raising activities for smart cities; activities for coordination necessary to promote smart cities; development of training programs for “Smart City Architects”; development and promotion of key performance indicators for livability and well-being; and many more activities. The institute organizes big-scale forums at least twice a year, and it has also hosted over 300 smaller-scale webinars since its founding. The events are also shared online and covered in the Nikkei newspaper that is the other founder.

In the development of smart cities, Japan is putting the well-being and the quality of life of the citizens at the centre. The development isn’t just about economic growth anymore, as the focus is now on how digital technologies can improve the well-being of the people in Japan. According to the Executive Managing Director of SCI-Japan Takehiko Nagumo, much of this kind of thinking has gotten inspiration from European countries and cities. He says that countries like Denmark and Finland are well known for their human centricity ideas in implementing digital technologies. Japan has also gotten a lot of inspiration from Barcelona and its human scale implementation. Barcelona is one of the forerunners in improving walkability in the city by blocking the access of cars in some places, and many cities in Japan are now using Barcelona’s model.

“But as we get into slower economic growth, we really have to change the mindset from the volume growth to quality increase, quality of life.” Nagumo

Nagumo also points out that despite the long geographical distance between Japan and Europe, there are still many things that are connecting the two regions in the development of smart cities. One is sharing the same societal values, such as democracy, freedom and sovereignty, which makes it easy and useful to share best practices of smart cities with each other. One practice that Japan has shared with European cities is the well-being indicator that was shared at OASC’s CxC Festival in January. For SCI-Japan, it’s important to promote the international and global cooperation of Japanese cities.

What does the future of smart cities look like in Japan?

At the moment, many European and even Chinese cities are leading the development of smart cities, and Japan is learning a lot from them. But Japan is also focusing on making the learning more reciprocal by creating smart city solutions that can be shared to tackle the challenges caused by ageing and declining population, which are very much the same challenges that many European countries are facing. Another major challenge in Japanese cities is related to cars and mobility overall, and Japanese smart city operators are working hard to create solutions that can help with the decarbonisation of transport.

In addition to the solution creating and implementing, there is a lot going on in the Japanese smart city sector at the moment. The national government has just announced two “Super Cities” that will be the flagships in developing Japanese smart cities. At least five digital solutions must be implemented in the flagship cities, and in addition to the flagships, there is also a goal to build 100 diverse and sustainable smart cities by the year 2025. The 100 smart cities will be digital garden cities that will combine the urban and rural areas in ways that will combine the best parts of both areas, such as the urban services and rural lifestyle. Overall, the aim is to move from centralization to decentralization in the development of smart cities and Japan in general. So far, the urbanization focus has been mainly on Tokyo, but now there are new smart cities, like Aizuwakamatsu, Tsukuba, Osaka, Kobe, Kyoto, Fukuoka, and Hamamatsu, emerging across the country.

Some of the main challenges Japan faces in the development of smart cities are related to the insufficient supply of smart city architects. At the moment, there simply aren’t enough smart city architects who can work as producers and coordinators of smart city development and who have knowledge on digital technologies, regulation, business models and local governments in Japan. That is why the SCI-Japan is developing training programs for architects to answer the high demand. Another challenge is something many European cities are facing as well and that is how to involve citizens in the development of digital services and smart cities. Oftentimes it happens that supply comes first and demand second, and that is what is happening with digital services and smart cities as well. There are many digital technologies being developed, but it can be hard to make them known to the wider audience.

“Although people know the technology age is coming, how they will be involved in the making of smart cities and digital governments in a local area, it’s still up in the air.” Nagumo

Despite the challenges, the future of Japanese smart cities and the whole smart city sector in Japan is looking very promising. The sector is growing rapidly, and more and more organizations and people are getting involved in creating smart city solutions. It clearly seems SCI-Japan will make a great impact in the development of smart cities both nationally and globally.