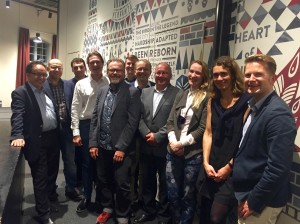 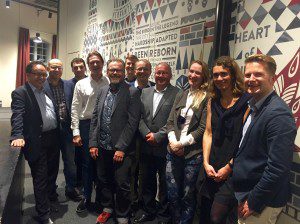 Brussels, 21.10.2015 – The global Open & Agile Smart Cities (OASC) initiative has welcomed 30 additional cities coming from Australia, France, Ireland, Netherlands and Scotland, as well as from existing OASC country networks in Brazil, Denmark, Italy and Spain. They have all signed the OASC Letter of Intent to drive global smart city development based on city needs by implementing three simple standard mechanisms. This brings the total of OASC cities to 61, representing 12 country networks worldwide (full list below, and at oascities.org).

OASC chair, Dr. Martin Brynskov says: “It is incredible to see how a very simple approach to connecting existing smart city efforts can take off so quickly. We had not foreseen in March when we launched that we would have such a strong and positive reaction. To me, this shows a clear need for simple, open and freely available de facto standards such as the OASC mechanisms.”

OASC is a global initiative, linking in a very practical way existing city networks and smart city initiatives. With its clear focus of adding value to current efforts, it is a natural part of the global smart city landscape.

Many cities that have signed the OASC initiative are members of EUROCITIES, the network of major European cities, and are therefore committed to work together on complex challenges facing cities such as the digital transition. The OASC initiative complements activities under the European Innovation Partnership on Smart Cities & Communities, the European Commission wide formal umbrella for dialogue with supply side (industry sectors) and demand side (local & regional authorities) stakeholders. These include the city-driven survey and requirements setting, the supply-side MoU on open interoperable platforms and standardisation (eu-smartcities.eu/mou), that aim at providing a standards-based level playing field for the development and provision of city services.

“This collaboration by cities of the South East Corner of Queensland demonstrates the region’s leadership in harnessing the vast social, economic and environmental opportunity that open data represents,” says Open Data Institute (ODI) Queensland’s CEO Maree Adshead. “We are delighted to play our part in co-ordinating extraordinary outcomes for our region through this initiative.”

A similar sentiment is voiced by OASC Scotland, by Councillor Andrew Burns, Chair of the Scottish Cities Alliance:

“The seven Scottish cities see the value in working collaboratively as part of the Scottish Cities Alliance with other city networks across the world, co-operating to develop a robust marketplace for smart cities solutions. This work will help improve quality of life, economic growth and sustainability in cities throughout the world.”

From OASC Ireland, Niall O’Brolchain underlines the role of the cities:

“The connection of Ireland’s major cities to the Open & Agile Smart Cities initiative is a very welcome development. While Ireland is well known as a major ICT hub throughout the world, our public administrations have been somewhat lagging behind the private sector. However, in recent times a major appetite has developed to push the smart cities initiative and this is actually coming from the cities themselves with support from industry and academia. We are looking forward to developing strong links with other progressive cities throughout the world.”

In light of the rapid growth of OASC, cities are supporting the build-up of a robust organisation through 2016 in what has become know as an “angel city investor” approach. In practice, this means that the organisational support for the national networks comes from cities who decide to lead.

Mr. Seppo Haataja, a senior official and Head of Economic Development, is “seconded” by the City of Tampere to lead the OASC secretariat in Brussels. Mrs. Anna-Kaisa Ikonen, Mayor of Tampere, speaking at the launch session of the 2nd wave, explained why Tampere has become an angel city investor in OASC:

“Openness, open data, new digital services are a crucial part of the future smart city. We want to combine this closely to new opportunities for businesses and developers. The Open & Agile Smart Cities initiative is a great opportunity for us to link our national efforts to the international and EU level and locally. It is good to see that so many cities in so short time have found this initiative as a potential new way of cooperation.”

In a similar way as Tampere, iMinds, the ICT innovation organisation of Flanders, Belgium, have committed office space and operational support for the OASC secretariat. Pieter Ballon, director of Living Labs at iMinds, explains why:

“It’s a great pleasure for iMinds to host the OASC secretariat. We think it is very fitting for OASC to have its secretariat in Brussels, the heart of Europe and a truly international city. As OASC contact point for Belgium, and an internationally active organisation, iMinds aims to be a hub for innovation and is therefore delighted that several international innovation networks, namely OASC, ENoLL, and JIIP, are now operating from the same location.”

More cities are becoming angel investors, providing considerable resources. According to the OASC action plan put forward by the OASC Task Force, 2015 and 2016 is a ramp-up period, leading towards an independent NGO status by 2017. In this ramp-up period, until independent funding and operations can be organised, angel city investors are crucial.

Therefore, the OASC Task Force has issued an open call among all the OASC cities to join the angel city investors, by seconding staff to the secretariat, and/or by providing substantial support. The concrete efforts will fall into three areas: technical support and development (in the OASC Technical Working Group), organisational development (partnerships and funding) and secretariat operations (communication, events, community engagement).

We look forward to welcoming more angels shortly, to be announced in full at the Connected Smart Cities Conference on January 21, 2016, in Brussels. Contact the chair or director for further information.

From Tampere to Barcelona

OASC is unique in its focus on connecting existing efforts in a non-exclusive, open manner based on existing mechanisms—driven by the cities. The workshops, panels and networking opportunities at Mindtrek Openmind in Tampere gave OASC partners a very concrete opportunity to learn and share. They met practical showcases and discussed technical roadmaps, and they saw how some networks have successfully linked strategic city collaboration to create local and national impact.

The 3rd wave launch will be at Smart City Expo in November in Barcelona, November 17 and 18. The call to join OASC is now open, with a deadline of November 1, for new city networks or cities from existing country networks. Please see contact info below. At the Connected Smart Cities Conference on January 21, 2016, in Brussels, the OASC community convenes for a full day of inspiration, learning and networking.

The Open & Agile Smart Cities initiative, born global, driven by its national networks of cities—through the OASC Task Force and Secretariat—is related to the European Innovation Partnership on Smart Cities & Communities and to DG CONNECT Net Futures of the European Commission.

Information on the OASC initiative, cities, FAQ and background information can be found at: www.oascities.org