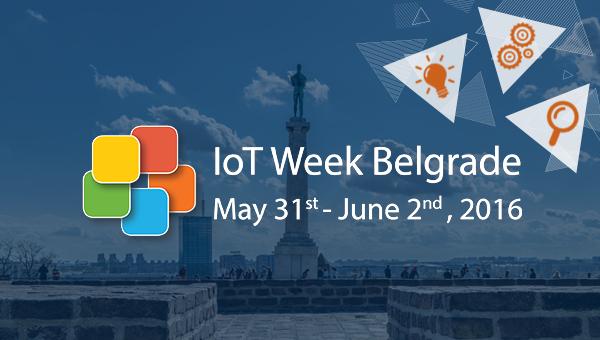 OASC was invited to participate at the IoT Week Belgrade: Martin Brynskov, OASC Chair, moderated a workshop on “IoT-enabled urban services” and started talks for the foundation of OASC Serbia.

June 3, 2016, Belgrade – The objective of the session on IoT-enabled urban services was to discuss smart city services in the light of current IoT developments. The workshop was held on Industry Day at IoT Week in Belgrade, Serbia. Interest of participants was high, enabling a fruitful debate together with the experts of the panel.

The panel on IoT-enabled smart cities consisted of:

Talks are on-going between OASC and various Serbian cities, including the Cities of Novi Sad and Belgrade, and what benefits there would be to join the Open & Agile Smart Cities network. This was the reason for a joint regional smart city session in the framework of IoT Week Belgrade. Representatives of the cities were joined by Sarajevo to present their smart city projects. The cities dicussed issues – such as fragmentation of the smart city market – with OASC chair Martin Brynskov.

Great session on OASC and city collaboration in Serbia and Balkan. Great people and projects pic.twitter.com/OW2B1Gzcjq

Not only OASC, also OrganiCity, an EU funded project fostering co-creation of Smart Cities, participated at IoT Week Belgrade together with almost 100 high-level speaekers and more than 400 participants from academia, business and politics.

Thanks 2 all our speakers, participants, exhibitors, sponsors&partners! Hope you made the best of it!:) #IoTWeek '16 pic.twitter.com/wt4EXbgWLi