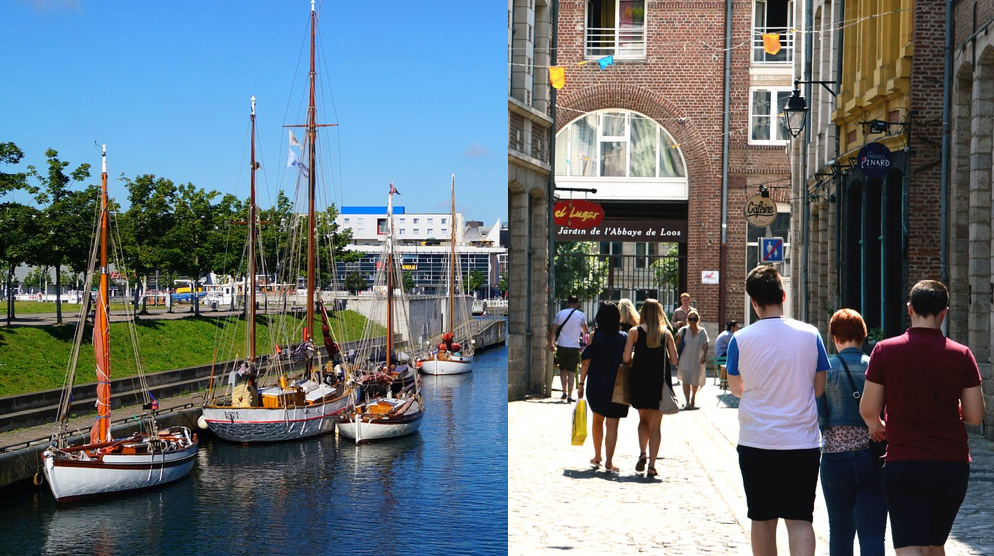 Not only are both cities located in the very north of their respective countries, but they also have stressed the importance of learning from each other and to foster cooperation among cities on a national and international level.

Kiel, the capital of the Schleswig-Holstein region in the north of Germany bordering with Denmark, sees knowledge exchange among cities worldwide as a major asset to succeed in digital transformation.

Ulf Kämpfer, Lord Mayor of Kiel, said: “The opportunities and challenges of digitalisation are concerning all municipalities regardless of size and location. Therefore, the exchange with and learning from other cities is a central aspect for Kiel to shape the digital transformation of the city successfully. “

Lille Metropole and Kiel are urban areas striving to provide better services for their citizens. Akim Oural, Metropolitan councillor in charge of smart cities and digitalisation at MEL, said : “Our IT projects have to be designed and implemented to support the new digital services. We are facing great challenges. We must go fast because citizens want smart city now. One of the solutions is to exchange with colleagues who share the same technical issues. That’s why Lille Metropole is happy to join OASC.”

The Lille Metropolitan Area, with more than 1.2 Million inhabitants is the fourth largest metropolis in France and includes, among 90 municipalities, the cities of Lille, Roubaix, and Tourcoing. In 2017, Lille Metropole launched a broad digital strategy ‘La MEL résolument digitale’ with 10 pledges and 50 actions aiming at deepening and coordinating digitalisation with all its stakeholders including municipalities, companies, universities and R&D actors, NGO’s.

One of the projects is the ‘SoMel SoConnected’ project, led by Lille Metropole with many industrial and R&D partners. It’s aim is to experiment with new value-creating services through a large-scale deployment of smart grid solutions in line with future urban developments.

To ensure that data-driven solutions for citizens can be seamlessly integrated in the technical environment of the city, open standards and experimentation is key. Jonas Dageförde, Chief Digital Officer of Kiel, sees great opportunities in the digital transformation of public administrations, both societal and economic. He considers the use of open standards crucial also to stimulate the local economy: “It allows companies, start-ups and citizens to easily access open data. Open standards are increasing transparency and foster the development of new products, services, and start-ups.”

At the Kiel Smart City Conference, a full day event that focuses on aspects of digital transformation of cities and communities, Kiel demonstrated its ambition to be a leading digital city: “We will bring not only citizens’ problems but also solutions to the Open & Agile Smart Cities network,” said Lord Mayor Ulf Kämpfer at the signing ceremony.

Kiel, home to about 250.000 inhabitants, is the fifth German city to join the Open & Agile Smart Cities network after Heidelberg, Wolfsburg, Paderborn and Delbrück.

Davor Meersman, CEO of OASC, said : “Cities joining OASC understand that interoperability and open standards are the way to generate scale, foster economic growth, and retain independence in their journey of digital transformation. The OASC global community represents a turning point in the way digital technologies are developed, procured, and implemented. Our increased growth is further testament to the desire of cities worldwide to shape their own digital destinies together for the benefit of their citizenries.”