This year’s congress theme – Cities Made of Dreams – reflects on the recent and rapid transformation of cities and communities. Many digital solutions that are successfully implemented today, seemed like sheer daydreaming only a decade ago. 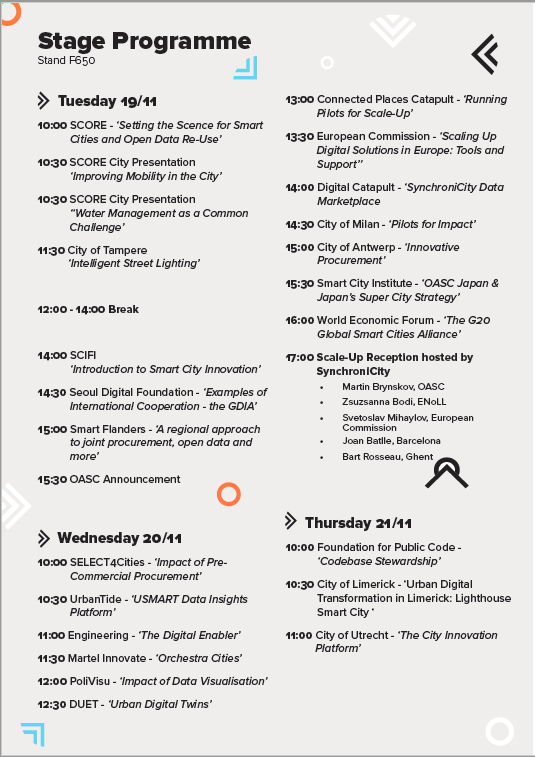 The Open & Agile Smart Cities Stuff That Works Stage at stand F650 features solution providers and cities at the forefront of urban innovation.

While interoperable services and solutions still seem like a dream today, at the OASC stand you will meet innovators from the public and private sector who are working towards making this dream come true.

Make sure to mark the Scale Up Reception hosted by theSynchroniCity IoT Large-Scale Pilot on Wednesday, 20 November, 17-18h, at the OASC stand F650.

Joan Batlle, City of Barcelona, and Bart Rosseau, City of Ghent, will explain why their two cities are joining the declaration and how your city can be part of the declaration as well to scale up European digital solutions.

The OASC Expo Space features associations and projects working towards more open and agile sharing of solutions across cities – from pre-commercial procurement and the shared technical foundations to the use of open source building blocks in the public sector.

The OASC team and our expo partners are looking forward to see you in Barcelona! 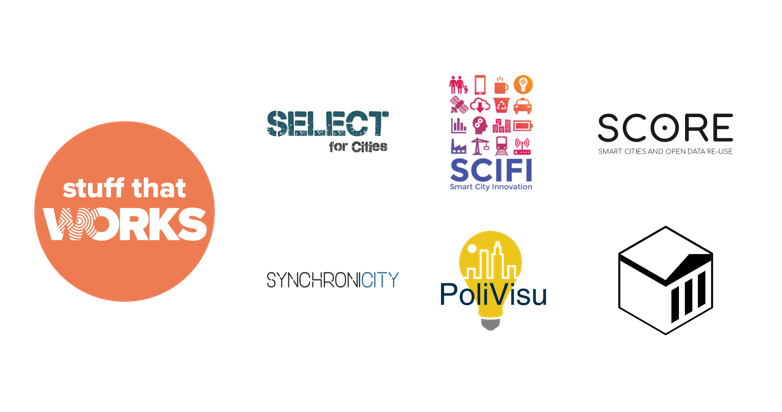 A Guide to SynchroniCity

A universal approach to developing, procuring and deploying IoT- and AI-enabled services. Download the guide to SynchroniCity now and get started with the OASC Minimal Interoperability Mechanisms today.

Most recent cities to join OASC