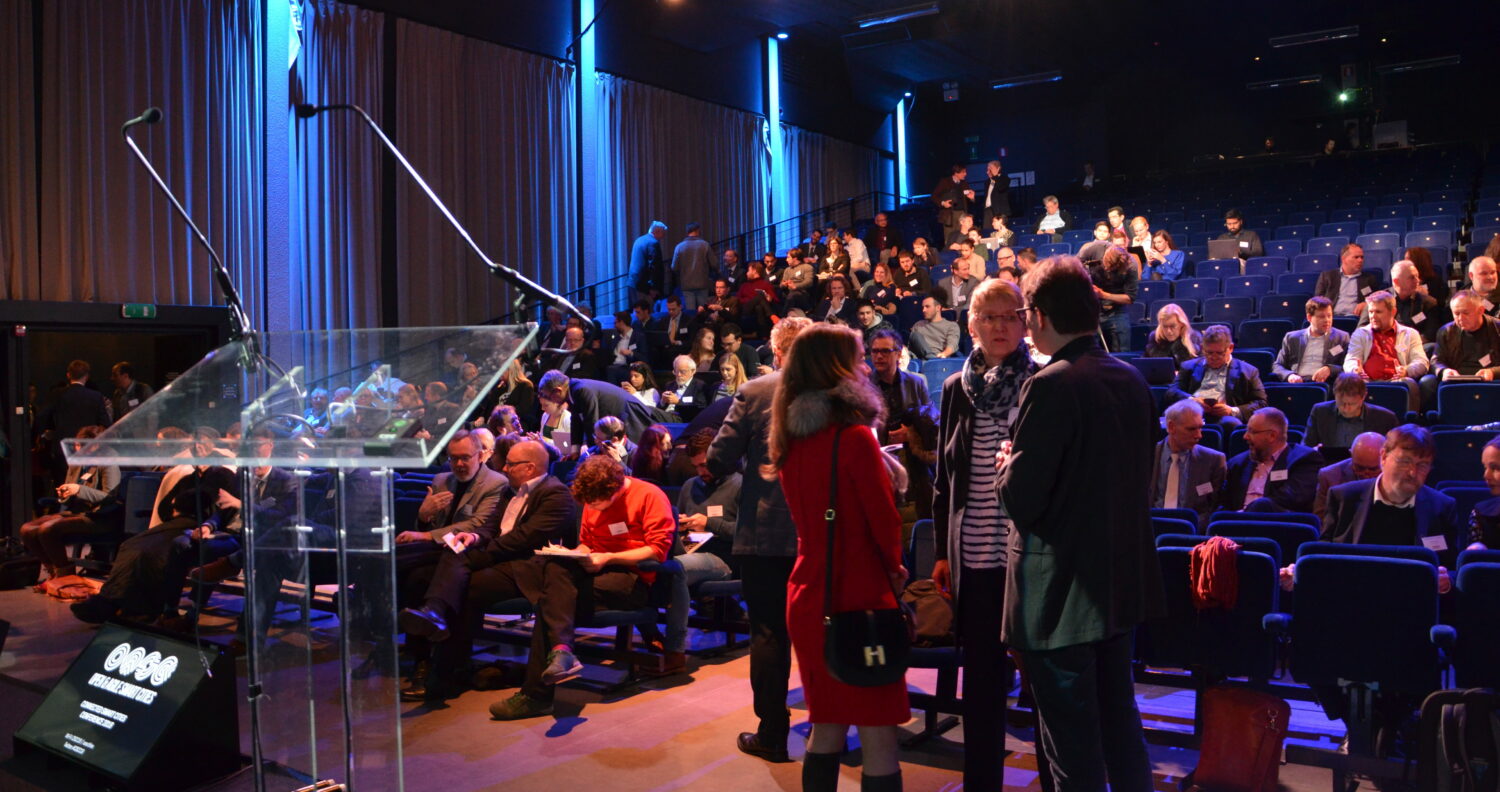 This year’s Connected Smart Cities Conference 2018 brought together high-level speakers and participants from cities, institutions, industry, research and grassroots initiatives from all over the world to discuss key challenges in cities’ digital transition.

Experience the highlights of the conference in a more narrative format below and visit the detailed programme to see the list of speakers, slides, session reports and videos.

European Commissioner for Digital Economy and Society, Mariya Gabriel, set the tone for the day: “It’s getting to the point that cities have to become smart in the interest of their citizens…We count on all of you here today to share your innovative ideas for making this happen and to help us build a citizen-centric and sustainable Digital Single Market”

Commissioner Gabriel highlighted the importance of European initiatives that drive the digital transition of cities. These include the Digital Transition Partnership launched in 2017, public-private cooperation platform EIP-SCC, the Internet of Things Large Scale Pilots, and the ETSI industry specification groups on Context Information Management and City Digital Profile. OASC, its founding members, and its member cities contribute actively to all of these initiatives.

SMEs, start-ups, cities and other consortia will be able to propose working IoT-enabled urban services to SynchroniCity’s open call starting from 1 June 2018. SynchroniCity will fund piloting at scale IoT solutions with €3 Mio in total. These solutions will be piloted across the 8 European cities and global partners participating in the project.

Jarmo Eskelinen, co-founder of OASC and CITO of Future Cities Catapult, hosted the plenary sessions and presented the results of an interactive, real-time survey among attendees. During the opening session, participants were asked what they regarded as the most significant obstacles to digital transition in cities. While most anticipated great benefits from sharing best practices, making more efficient use of public resources and creating resilient connected cities the perceived problems remain numerous. Significantly, lack of political vision and leadership is often coupled with a lack of competencies and skills across sectors and departments.

The high-level opening plenary heard First Vice-President of the European Committee of the Regions Markku Markkula, who stressed the importance of the CoR in supporting its member cities and regions in their digital transformation. His address was followed by Secretary General Anna Lisa Boni of EUROCITIES, and Kees van der Klauw, Chair of the European Alliance for Internet of Things Innovation (AIOTI).

With Paderborn and Delbrück, OASC Germany joined the Open & Agile Smart Cities network to start collaboration on national and international level. In Norway, the City of Larvik joined the already existing OASC Norway network, raising the number of Norwegian cities to six.

Two parallel session tracks with four workshops in each track followed the opening plenary. The topics discussed in these workshops ranged from cross-cutting issues such as data protection and innovation, and domain-specific focus areas such as mobility, natural resource management  and energy, to a technical track dealing with IoT and smart city architecture convergence and global standards. (View the full programme, with slides and videos, here).

Throughout the day, speakers and participants alike were invited to visit the exhibitor area. With exhibitors from H2020 projects as well as European Commission iCapital (Innovation Capital) initiative, Digital Cities Challenge and ISA2, an e-government initiative, attendees could get first-hand insight in ongoing EU-funded projects and calls.

“Building a future for people”

The Connected Smart Cities Conference ended discussing the outcomes of the parallel sessions. Silke Obst, Member of the Cabinet of Transport Commissioner Violeta Bulc, discussed the key issues that have emerged from these sessions with OASC co-founding board member Jarmo Eskelinen.

Mechthild Rohen, Head of the European Commission’s IoT Unit, stressed the importance of collaboration on all levels and between public and private players to ensure cities’ transform into smart cities successfully and for the benefit of their citizens: “Making the digital transition of cities a success is not a question of technology, but of joining and sharing.”

Mary-Ann Schreurs, Vice-mayor of Eindhoven, Netherlands rounded off the conference day reflecting on the current state of smart city innovations. She urged policy-makers, industry, research and – of course – cities to not blindly adopt solutions offered by American or Chinese tech giants, but to come up with solutions that truly (and not exclusively) work for European citizens: “Let’s build a future for people.”

Don’t forget:Make sure to sign up for OASCs newsletter to stay up-to-date on upcoming events and news from the network. See you next year at CSCC19!